What makes a great pediatric dental office? The staff of course, and Dr. Barney has some of the best supporting around.

Pediatric Dentist / Orthodontist
I was born in Logan, Utah and grew up in North Logan when it was a farming community. I worked in the farms and went to North Cache Junior High before moving to Willard where I worked in the fruit orchards. I graduated from Box Elder High School where I was active in music and track. I served an LDS mission to Barcelona, Spain and later graduated from Utah State University. I graduated from the University of Texas Health Science Center at San Antonio dental school and finished a residency in Pediatric Dentistry at the same school. I served in US Navy for 3 years as a pediatric dentist at the Naval Air Station in Rota, Spain. After the Navy I completed a residency in Orthodontics at the University of Texas Health Science Center at Houston earning a certificate and Master’s degree. I have been in private practice since 1994 here in the Salt Lake Valley. I also teach the dental residents at Primary Children’s Medical Center, the University of Utah Hospital, and the Veteran’s Hospital. I am married to Chris Adams and have four children, Megan, Adam, Chelsea, and Timothy.

Financial Coordinator
I have lived in Utah most of my life. When I was fifteen, Dr. Barney was my orthodontist and after 1 1/2 years of braces, I now have a smile that I am not embarrassed by. I have worked for Dr. Barney since December 1999. In 2003, I married Zeke and together we have 2 beautiful daughters. I love spending time with my family and being a mom. 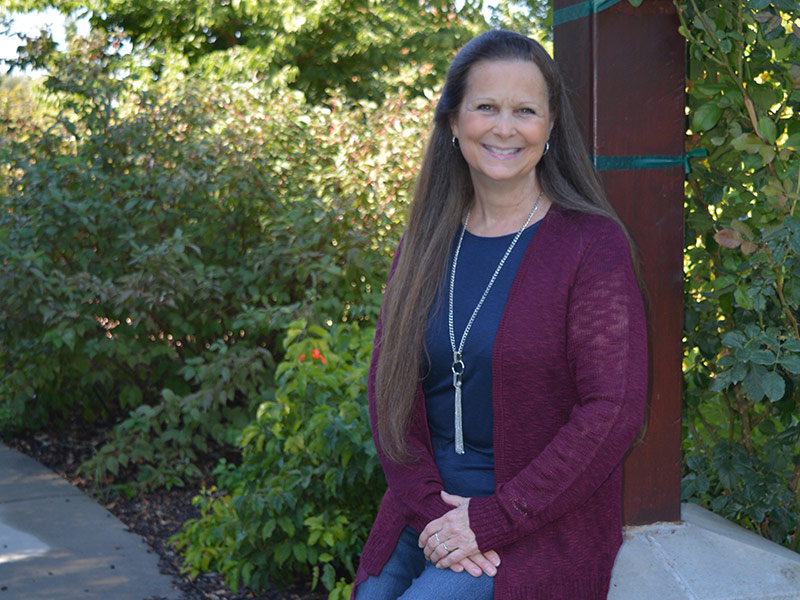 Appointment Coordinator
I was born and raised in Salt Lake, and met my husband, Terry on my 1st and last blind date. Together we have raised 3 sons and a daughter. I have worked for Dr. Olsen since 2000. When I am not working I enjoy hiking, scrapbooking, attending sporting events and spending time with my family and my little grandkids. Dental Assistant
I live in Riverton with my husband, Preston. We recently had our beautiful son, Griffin who we can’t get enough of. I enjoy camping, hiking and anything outdoors. My family and friends mean everything to me. I love working for Dr. Olsen and being a part of this amazing team.

Dental Assistant
I grew up in Orem and I have lived in Utah most of my life, except for the 3 months when I lived in Maui. I have been working for Dr. Olsen since 1997. I married Brandon, in February 1995 and together we have a son named Justin and our dog, Cricket. As a family we enjoy camping and riding four-wheelers, and when I have some time to myself I love to read and watch my favorite tv shows. My favorite authors include, Nora Roberts and James Patterson. I am a military kid who moved around my entire life. I have a degree in photography, but found my calling in Dental assisting. During my adult life I’ve lived in South Korea, Kazahkstan, Malta and Israel. I enjoy hiking, travel, a good Bahn Mi, and trying my hand at refinishing furniture. I’m usually up for a good adventure and I’ve learned that life doesn’t always go how you think it will, but you just have to roll with it. I try to appreciate the little things and not sweat the small stuff. I have worked for Dr. Olsen throughout the years as a part-time dental assistant through college and have been full-time dental assistant for 3 years. I love being a dental assistant and enjoy working with all of the wonderful kids who come to our office no matter how anxious they are when they arrive at their appointment. It has been so rewarding that I am working on going to dental school and hope to start in 2022! I grew up in Utah and have loved living here because it’s such a wonderful playground. When I’m not working for Dr. Barney I can be found stowed away at the library, climbing up rocks or meandering around the peaks and lakes that surround the Salt Lake Valley. I was raised in Nebraska and moved to Utah about 3 years ago. I am engaged and soon to be married to Jose. We have two fur babies together, Luna & Gemini. I enjoy painting, hiking and traveling when I am not at work. Frida Kahlo and Diego Rivera are two of my favorite Mexican painters. My future goals include becoming a Pediatric Nurse and later a Nurse Anesthetist. Working at this office is a dream job, it is rewarding everyday as we help many children overcome fears. It is the “I love coming” and the “Mom that’s my friend” that make everyday worth it to me. I am a mom to my amazing son, Xander! In my free time I love spending time with my son, painting, fishing and doing spontaneous things! I love anything Halloween related or spooky. I love working for Dr. Olsen, and love working with kids. They always know how to make me laugh and smile!

Working with children has always been a deep passion for me and especially working with them in a dental environment. Spending time with my family, being outdoors in all seasons, camping, hiking, traveling and watching my 2 young boys grow and develop is what I enjoy. Being a part of Dr. Olsen’s team as a Dental Assistant and more recently, a Continuing Care Coordinator has brought me great pleasure. There is something so wonderful in being an instrument in setting kids up for a lifetime of good oral health.